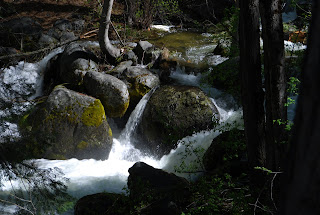 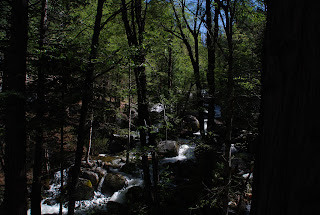 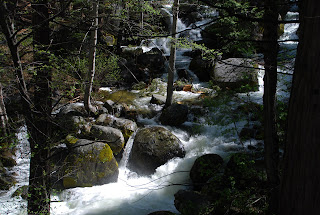 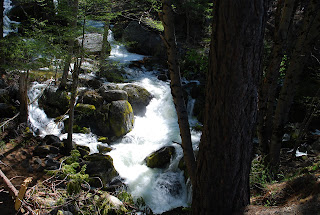 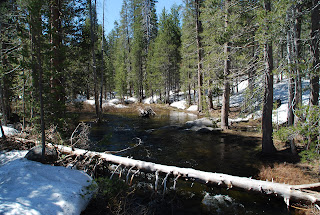 There were so many waterfalls in Yosemite, we didn't even know where to begin, so we just started at the west entrance and clicked away. By the time we passed through the tunnel and came to the valley, we were pretty much waterfalled-out! Bridel Veil Falls was magnificent, and so was Yosemite Falls. However, both parking areas were FULL, but we were fortunate to have somebody pull out ahead of us at Bridel Veil. We were not so lucky at Yosemite Falls and drove around and around, but there were NO parking vacancies, so at that point, we left the park frustrated. We arose the next morning and drove through some western Sierra towns and then up and over the Sonora Pass, which was a real adventure! But, here are some waterfalls from Yosemite right after the west (Fresno) entrance.
Posted by desertsandbeyond at 6:01 AM

Lots of water flowing there.